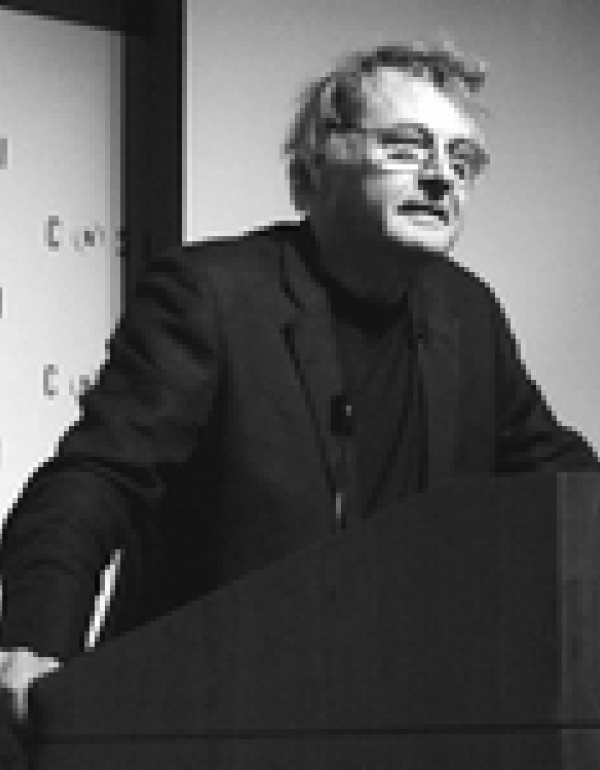 James Gimzewski, Ph.D., Ph.D. hc, FRS, CPhys, FIoN, FInstP, FWIF, FREng, is a Distinguished Professor of Chemistry at the University of California, Los Angeles; Director of the Nano & Pico Characterization Core Facility of the California NanoSystems Institute; Scientific Director of the Art|Sci Center and Principal Investigator and Satellites Co-Director of the WPI Center for Materials NanoArchitectonics (MANA) in Japan. Prior to joining the UCLA faculty, he was a group leader at IBM Zurich Research Laboratory, where he research in nanoscale science and technology for more than 18 years. Dr. Gimzewski pioneered research on mechanical and electrical contacts with single atoms and molecules using scanning tunneling microscopy (STM) and was one of the first persons to image molecules with STM. His accomplishments include the first STM-based fabrication of molecular suprastructures at room temperature using mechanical forces to push molecules across surfaces, the discovery of single molecule rotors and the development of new micromechanical sensors based on nanotechnology, which explore ultimate limits of sensitivity and measurement. This approach was recently used to convert biochemical recognition into Nanomechanics. His current interests are in the nanomechanics of cells and bacteria where he collaborates with the UCLA Medical and Dental Schools. He is involved in projects that range from the operation of X-rays, ions and nuclear fusion using pyroelectric crystals, direct deposition of carbon nanotubes and single molecule DNA profiling. Dr. Gimzewski is also involved in numerous art-science collaborative projects that have been exhibited in museums throughout the world.

Education
Carnegie Centenary Professorship from the Universities of Scotland, UK
Dr. Honoris Causa, Université de la Méditerranée, Aix-Marseille II, presented by the Ministry of Foreign Affairs, France.
Ph.D., Strathclyde University in Glasgow, Scotland
"I am enough of an artist to draw freely upon my imagination. Imagination is more important than knowledge. For knowledge is limited, whereas imagination embraces the entire world, stimulating progress, giving birth to evolution."--Albert Einstein